Third Eye Blind Present Screamer! The tour for the album that should never have been! Back in 2015 Jenkins stated that the band would not ever make a sixth studio album, Jenkins was ready for the EP to become the primary format for Third Eye Blind music – that was until the band’s next helping of music began to come together. Come on down to Radio City Music Hall on Saturday 28th March 2020 for Third Eye Blind with special guest SAVES THE DAY to support the new album, Screamer. 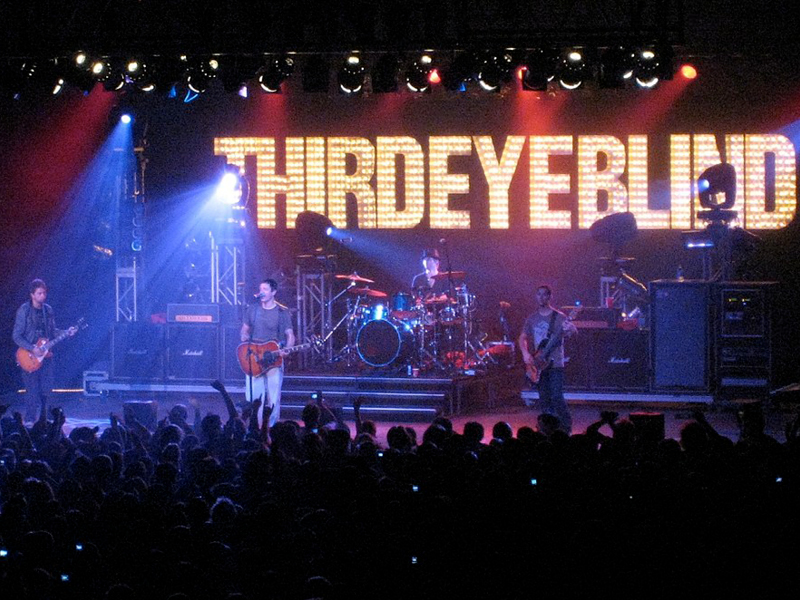 Jenkins notes that the album feature far more outside collaborations than prior Third Eye Blind albums, with the band adopting an "open door policy for various artists to contribute ideas to songs. Billy Corgan of Smashing Pumpkins was described as the album's "musical consigliere". The album's title track features Alexis Krauss of Sleigh Bells, "Who Am I" contains a contribution from Ryan Olson of Marijuana Deathsquads, and "Got So High" features a contribution from Poliça. Jenkins stated the album's sound deviated from the sound of prior albums as well, aiming for a rougher, less polished sound, and emphasizing a mantra of "Keep the edge, keep it weird". Thematically, the album explores the idea of personal revelation and passion in the face of an oncoming dystopia, being inspired by social and political activism of recent years.
“Nothing’s safe, no smoothed-out edges, nothing like that at all. It’s like the whole thing was keep the edge, keep it weird,” Jenkins said of “Screamer.” “I just feel like everything is so safe and like so much music, it sounds like artists don’t want to have their choices impugned, or, like they’re relying on something that works. I don’t give a f*** what works. I want to make what makes a dent.”