The ethereal R&B goddess, Sabrina Claudio, is back on a big world tour in support of her newest album, "Based on a Feeling". With unapologetic new tracks that give goosebumps as her delicate vocals bring life to her lyrical art, Sabrina Claudio has served her best once again with her new singles "Put On Repeat" and "Better Version". Catch the Based on a Feeling Tour live at Radio City Music Hall on Wednesday, 7th of September 2022. Witness Sabrina Claudio's big new era with big surprises on stage by booking those tickets now! 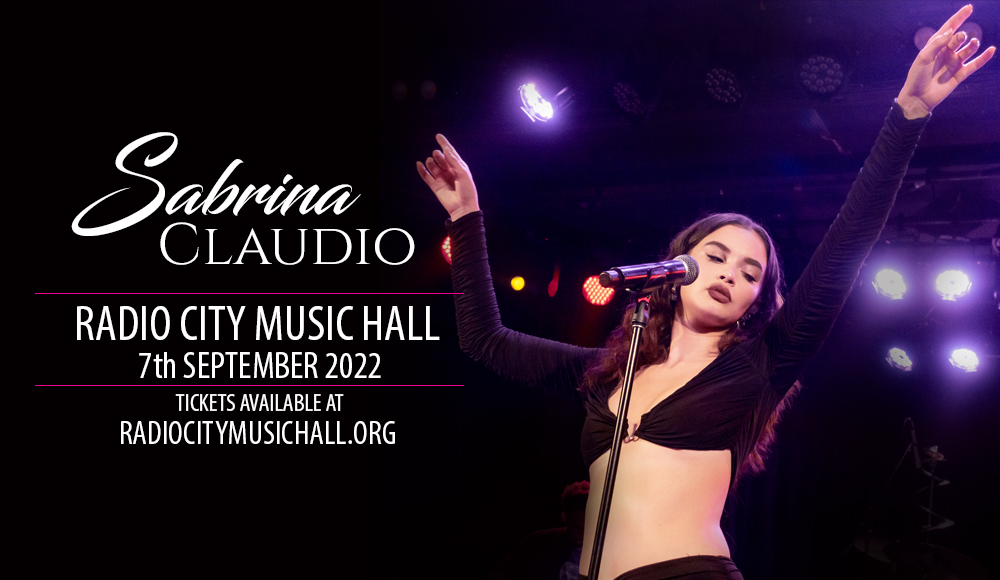 Having grown up in Fort Lauderdale, and moving to LA as she started to dip her toes into the music scene, Sabrina Claudio started dropping covers on YouTube and Twitter before putting out her own work on SoundCloud. She released her early singles "Runnin' Thru Lovers", "Orion's Belt", and "Confidently Lost" in 2016, which would later appear on her debut EP "Confidently Lost".

From one who was lost in the scene, Claudio soon found her audience when her single "Unravel Me" hit the 22nd spot on the Billboard Twitter Emerging Artists chart, and another song "Belong to You" hit #2 on the same emerging artists chart.

As a fresh new face and voice in the R&B scene, Claudio soon became a crowd favorite for her fresh sensual, and soulful sound. In August of 2018, she released her debut studio album "No Rain, No Flowers". The album features her singles "Messages From Her" and "Numb".

Her next records "Truth Is" and "Christmas Blues" continued Sabrina's wave of chill, goosebump-inducing R&B tracks that hit right home. With songs like "As Long as You're Asleep" and "Warm December", Claudio's music has become some sort of a healing mantra that listeners can bump into along the R&B waves.

In May of 2022, Sabrina Claudio dropped her fourth studio record "Based on a Feeling" featuring her singles "Put on Repeat" and "Better Version". “Based On A Feeling stems from the promise I made of only making decisions based on a feeling of love and pure intentions,” Sabrina shared.

With a big new record defining this big new era, Claudio announced the Based on a Feeling Tour 2022. "Been 3 years since I've seen you. I can't wait" she shared on Instagram with the big tour announcement.

So, don't miss out on big surprises in store at the Based on a Feeling Tour by booking those tickets now!