Calling all fans of Rosalia! This is your chance to catch the spectacular performance of the Grammy-award-winning singer as she graces New York City's Radio City Music Hall with a two-night concert event this September 18 and 19. The Malamente-hitmaker will bring the excitement of her "Motomami World Tour" to the borough of New York City. This concert will undoubtedly bring nothing but a joy to thousands of Rosalia fans who can't get enough of her songs that incorporate various types of music while being grounded in her flamenco background. Enjoy her famous songs, such as "Malamente," "Con Altura," "A Palé," "La Fama," and many others. Grab your tickets for her first night at Radio City Music Hall by hitting the "Get Tickets" button on this site. 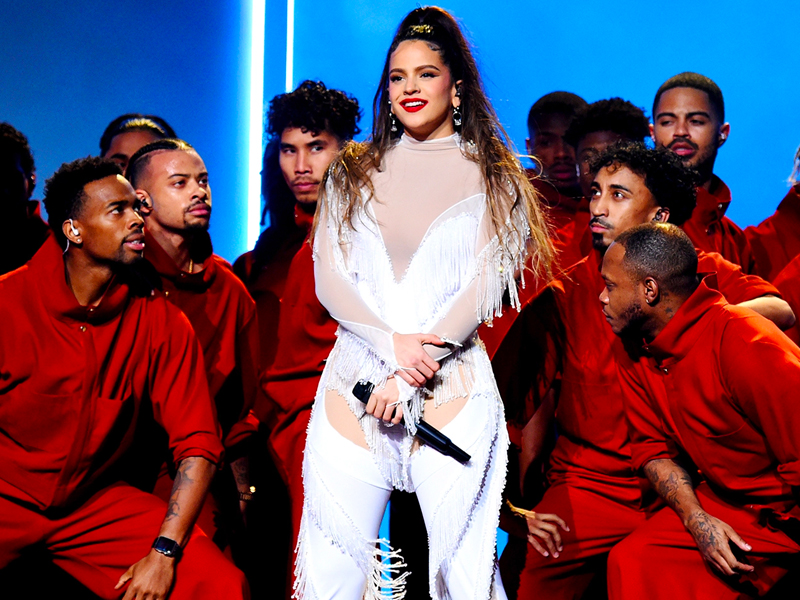 The Spanish singer-songwriter Rosalia comes back with a bang, introducing another unconventional approach to her songs. This time her newest album delightfully blends reggaeton with traditional Latin, industrial, and jazz music. Critics described her past two albums as a "heavily exciting fusion of flamenco and modern arts," which is why her new album is much-awaited. Rosalia "is posited as the contemporary cantaora (flamenco singer) who has better understood the current times," proven by the success of her albums. Her genre transformative creativity seems to always hit the mark.

Consistent with her past success, "Motomami' did not disappoint as praises piled up this past few months. "The Spanish superstar's third album is a showcase for Rosalía's exceptional range. It aspires to stretch itself out across genres and play with form, and attains exactly what it sets out to achieve," declares Pitchfork. This 16-track album is flavorful, with multiple songs already hitting Latin charts. Exceptional in the track is the leading single "Saoko" because of its explosion of the mixing of genres that deviates usual reggaeton sounds.

"Motomami's sound strikes a perfect balance between modern and traditional; while Rosalía experiments with digitally processed beats, her hardcore fans will appreciate a return to her stripped-down, acoustic-led anthems rooted in the Andalusia region. With lyrics that explore themes about love and lust, fashion, and the emptiness that comes with fame, the 29-year-old artist thrives in artistry that is both aesthetically and lyrically stimulating," says Billboard.

Don't miss your chance to hear her innovative songs! Click on the "Get Tickets" button to reserve your tickets today!