From bedrrom SoundCloud singer-songwriter to collablorating with high profile and diverse talents like Tyler, The Creator and Randy Newman, British artist Rex Orange County has come a long way in a very short space of time! Now, he's headed to Radio City Music Hall on Friday 7th February 2020 for the first of two back-to-back shows celebrating the release of his third studio album, Pony! This is his biggest US headlining tour to date and his highly-anticipated follow up to 2017's Apricot Princess looks to make him one of England's most exciting musical exports of late! 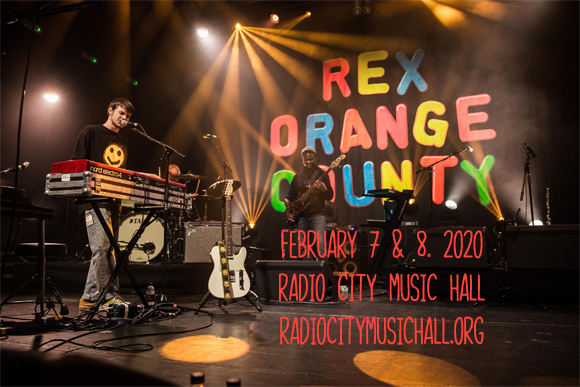