The heat is coming, can you kick it? Yeah! This show is going to be Pure Heroine! So don’t bring any of that Melodrama. Lorde’s Solar Power Tour! At Radio City Music Hall on Monday, April 18th, 2022. Buy some tickets now for you and the Team, to the Royals singer, it's going to be a Swinging Party full of White Teeth Teens! She is a Big Star, a Leader of a New Regime, with masses of Bravado, that thinks Everybody Wants To Rule The Wold. So come along, you have a Green Light, don’t Hold No Grudge, or be a Liability. No need for a Meltdown, this show is going to be like being Stoned at the Nail Salon! 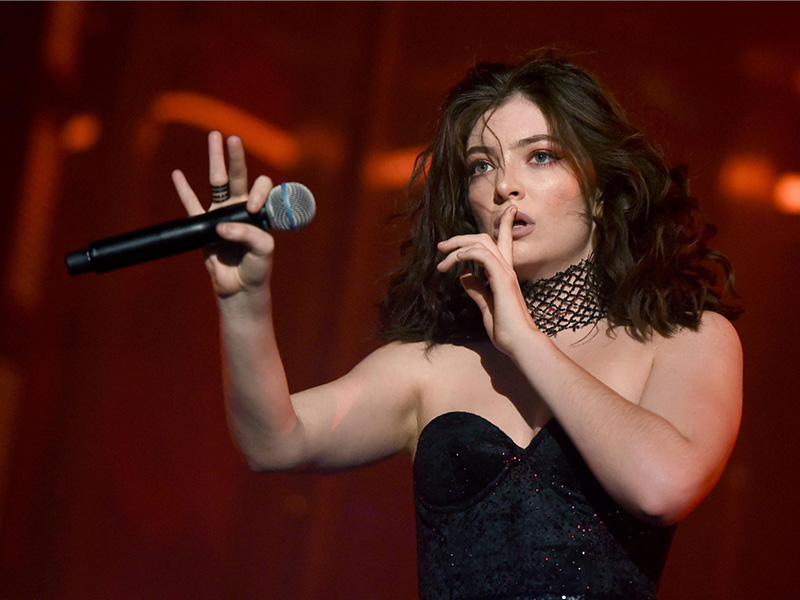 Lorde smashed records and became a superstar thanks to the release of her debut album, Pure Heroine back in 2013, which spanned several successful hits including "Team," "Tennis Court," "Glory and Gore," and, of course, "Royals." The album debuted at number 3 on the Billboard 200 chart, and topped the charts in 12 countries. Certified platinum in the United Kingdom, double platinum in Canada and triple platinum in Australia and the United States, Pure Heroin was one of the best-selling albums of 2014.
Lorde's second studio album, Melodrama, featuring the singles, "Green Light", "Perfect Places", and "Homemade Dynamite", was released to universal critical acclaim, topping several year-end best albums lists. The album charted at number 1 in the USA, UK, Canada, Australia and New Zealand, it received a nomination for Album of the Year at the 2018 Grammy Awards, and is ranked at number 460 on Rolling Stone's 500 Greatest Albums of All Time list.
Now, the upcoming third studio album, Solar Power, is looking to go the same way, it is due out in August 2021. The album is preceded by the single "Solar Power" came in at number 1 in Australia and New Zealand and top-10 in Austria, Belgium, Canada, the Netherlands, Germany, Ireland, Portugal, Spain, Sweden, Scotland, Switzerland, the United Kingdom, and the United States. Classified by Lorde as her "weed album", Solar Power is a psychedelic pop and indie folk effort driven by acoustic guitar arrangements, marking a departure from the synth-heavy, dance-oriented music of her previous works.