Valentine's day has always been special, but this time, it's going to be wonderfully special! Josh Groban has recently announced his new residency at Radio City Music Hall and will make a smashing debut on Valentine's Day, Friday 14th February 2020. Isn't this 'the' perfect date you've always wished for?! Look at your checklist: Superb, world-class venue . Spectacular lights and magnificent stage. Enchanting classical-pop music. Sung by a hot and handsome gentleman with a sexy baritone voice (OMG!). Get that loving feeling everywhere! How can you say 'no' to an iconic superstar oozing with superb talent and irresistible charisma? This is definitely a hot ticket, bar none! Book your tickets now! 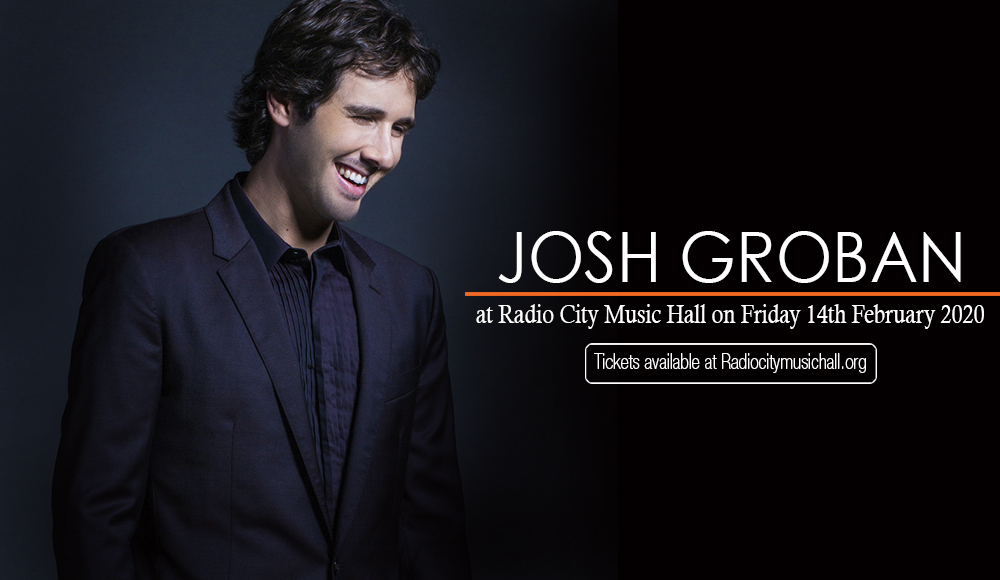 Josh Groban has added yet another feather to his illustrious cap. A residency concert at the Radio City Music Hall is an opportunity bestowed to a truly deserving artist endowed with stellar status and audience drawing power. It is indeed high time for an artist like Josh Groban.

Josh Groban needs no fancy introduction. One day, audiences found themselves blown away by his mature dusky baritone voice singing classical music, coming from a body of a young boy barely out of his teens. He gave audiences a reason to take a second look and appreciation at classical music — a genre that has become more reacheable and more relateable with Groban's warm and charismatic appeal.

His first four solo albums have been certified multi-platinum, and he was charted in 2007 as the number-one best selling artist in the United States, with over 22.3 million records. As of 2012, he had sold over 25 million records worldwide. Josh Groban was cited as the Best Selling Artist of All Time on Barnes & Noble in 2007. His endearing charm and his engaging star quality was cemented by lists that included Groban as part of the "100 Sexiest Newcomers" and in 2008, he became one of People's "100 Most Beautiful People".

Fans have seen Groban perform over the years in numerous stages all over the world. So, what makes this special? "This is a show that's going to be unlike anything else I've ever done in my life," he added. "There will be interviews, there will be guests, there will be music, there will be unexpected moments with the audience. "It's going to be musical, eclectic, fun, full of friends, and it might get a little weird, but that's my jam," he said of the show.

Save the date for this perfect date! Lock-in those tickets by booking them online right here, right now!