Ladies and gentle persons, your host, riding in on a donkey, Hasan Minhaj! Returning after four years away from the live limelight, with a brand-new show. Hasan Minhaj, The Kings Jester, comes to Radio City Music Hall on Saturday, February 26th, 2022. The new show follows his last Netflix special from way back in 2017, Homecoming King, which was honored with a 2018 Peabody Award for being a "deeply personal memoir that covers the struggles of the immigrant experience, encounters with stereotypes and raced expectations, and intergenerational acceptance, while using comedy to invite empathy, caring, and understanding." 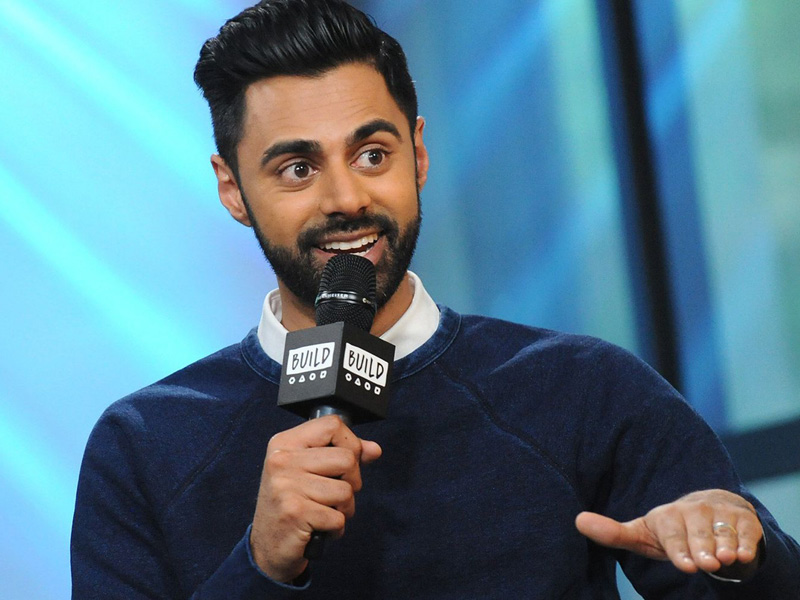 Comedian, writer, producer, political commentator, actor, and television host, and first-generation American, Minhaj joined The Daily Show with Jon Stewart as a correspondent in November 2014, where he was Jon’s very last hire. He continued in that role after Trevor Noah took over as host the following year, and remained on the show through August 2018.
In 2017, Minhaj earned rave reviews for his performance hosting the 2017 White House Correspondents' Dinner, and for his one-hour Netflix comedy special Hasan Minhaj: Homecoming King, which earned him a 2018 Peabody Award.

Hasan Minhaj was the host and creator of the weekly comedy show Patriot Act with Hasan Minhaj that premiered on Netflix in October 2018 and ran to June 2021. The series explored the modern cultural and political landscape with depth and sincerity through his unique comedic voice. The show received a 2019 Peabody Award, a 2019 Primetime Emmy Award for “Outstanding Motion Design,” and was recognized for a 2020 Television Academy Honor. It was the first weekly US talk show to be fronted by an Indian American. One viewer praised the "truly innovative" show, with another saying "South Asians definitely needed something like" it.