You don't need to have One More River to Cross this April 3, as the legendary Bob Weir will make your Sunday evening a night full of incredible songs from The Rock and Roll Hall of Famer's 50 years of a prolific career. Grab your tickets for Bob Weir's Radio City Music Hall show and be awed by the presence and energy Bob brilliantly brings to the stage. Whether you are a fan from his older Grateful Dead days or you are drawn to his more recent music, this show is definitely for you. Along with his incredible band, the Wolf Bros, and guest The Wolfpack, Bob will surely give you a concert experience that will not only bring nostalgia but will remind you of what great music should be. 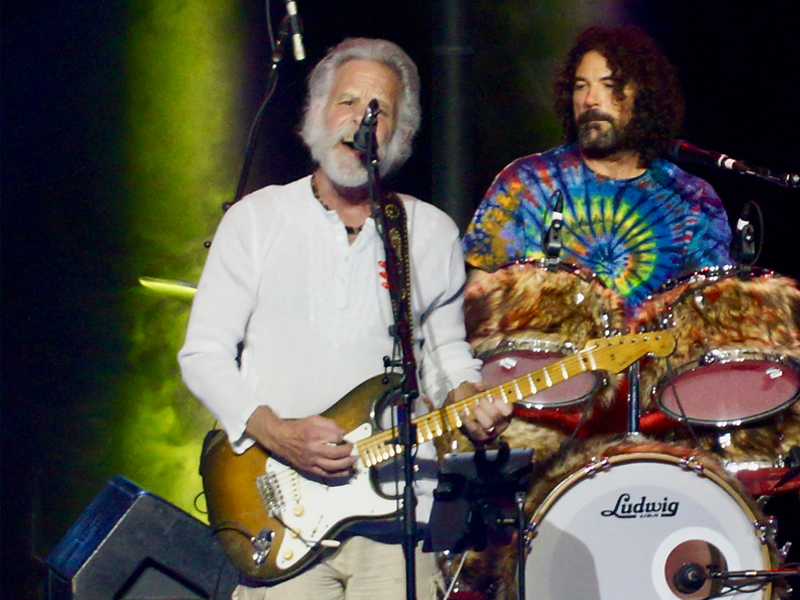 Rock Hall of Fame awardee Bob Weir is known chiefly as part of the legendary band Grateful Dead who dominated the rock band scene in the 60s until the late 90s. The band is known for a variety of genres they fused into their music. Grateful Dead members also gained a cult following in the span of their career as a live band, gaining the reputation of being "the pioneering Godfathers of the jam band world."

Weir, who played rhythm guitar for the band, sang many of the band's rock & roll and country & western songs. Similar genres became his focus when he went on to have a solo career while still playing with the band — and most especially when it got disbanded in 1995. As a solo artist, Wier has released several albums and went on to give the world one hit single after the other. These hits include "Playing in the Band," "Blue Mountain," "Looks Like Rain," "Greatest Story Ever Told," and "One More River to Cross," among many others. His most recent album "Blue Mountain," released in 2016, and "Live in Colorado," are two albums he released and toured with his current band, Wolf Bros.

His 2022 Tour with the Wolf Bros is a celebration and a commemoration of the 50th anniversary of his first solo album released in 1972, named "Ace." This concert tour is his statement of saying to the world that he is still here — ready to rock. In fact, most fans say that Bob never sounded this good in recent years. I guess we clearly haven't seen the best of Bob Weir yet. He has remained unfazed all these years, and he is here again to show the newcomers how it should be done!