What's the color of your concert mood? It must be screaming Blood Orange! The artist also known as Dev Hynes, is known as an eccentric musician that can play a wide spectrum of sounds and genre. As Blood Orange announced his 2020 North American tour, his fandom has acted quickly with excitement. A live gig at the famed Radio City Music Hall on Friday 20th March 2020 is a major milestone that will propel Blood Orange's status to a plane of flying colors. He's painting the town shades with of Blood Orange. Have a blast! Book your tickets now! 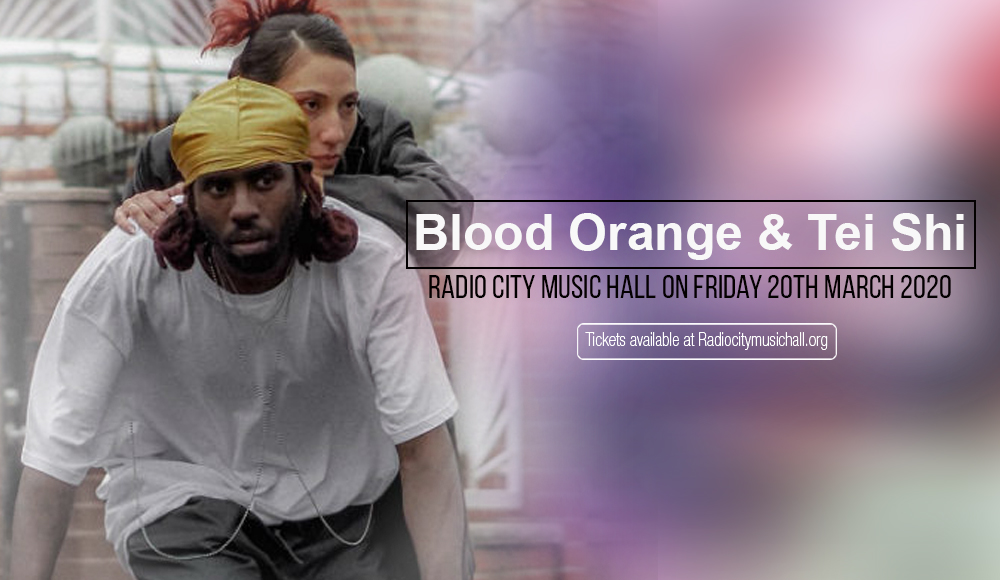 And as he was ripe and ready to spread his wings, he embarked on a solo career which spawned his 2008 debut solo album “Falling Off the Lavender Bridge”. From there, Blood Orange developed a devoted following. Over the years, Blood Orange has gained enough traction for a tour where fans could expect him to play the hits –"You're Not Good Enough," "It Is What It Is," "Chamakay," "Augustine" and "Best to You."

"…Let’s have a lot of fun and make this a safe space for all involved.” , says Blood Orange on this tour with Tei Shi at none other than the legendary Radio City Music Hall on Friday 20th March 2020.