Bleachers have announced a 2022 North American Tour, including a performance at the Radio City Music Hall on Tuesday 26th July 2022. The tour runs from May through July, beginning on 17th May from Orlando. This is going to be one of their most extensive tours yet, with signature performances at New York’s Radio City Music Hall and Los Angeles’ Forum. The Bleachers will be supported by Allison Ponthier, Blu De Tiger, Charly Bliss, The Lemon Twigs and Wolf Alice on selected tour dates. The Bleachers got their fans excited when they released their latest music video of “How Dare You Want More”. All hardcore Bleachers fans highly anticipate the tour and if you’re one of them, you will need to get your tickets ASAP before they are gone! 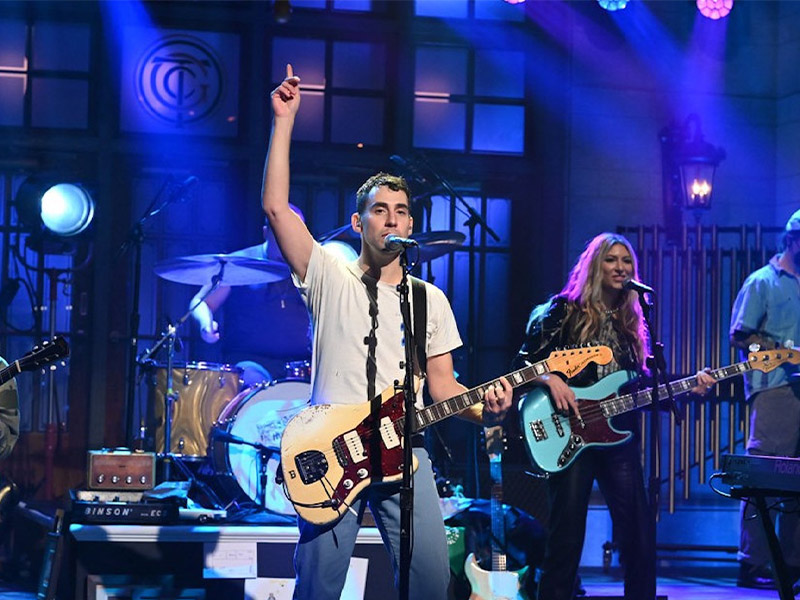 The Bleachers gave an exhilarating performance on 15th January at the sets of Saturday Night Live and kept their fans wondering as to what was coming next. They performed a couple of songs from their 2021 album, Take the Sadness Out of Saturday Night and weeks later, they announced their 2022 North American tour. They also released a new music video for their track “How Dare You Want More” which featured live renditions of the track on-stage and some backstage footage which was loved by their fans.
Jack Antonoff, the band’s lead singer, is known for his friendly attitude towards other artists, which is why we will see some of the most talented artists joining Bleachers for different dates on tour. Bleachers is one of the most well-recognized pop bands of the current era and their music takes heavy influence from the pop culture of the late 80s and early 90s. They have released three studio albums, and their upcoming 2022 album will be their fourth. Bleachers are known for giving impressive live performances, and their energy on stage truly make them one of the special musical acts in the current era. If you want to catch Bleachers live on stage at the iconic Radio City Music Hall, get your tickets ASAP before they are sold out!