Reunion concerts are always a blast! One band that has kept their most ardent and loyal fans waiting for 13 years is none other than goth rock gods Bauhaus. Peter Murphy, ‪Daniel Ash‬, Kevin Haskins, David J may have created big individual name for themselves over the years. But coming together once more, in the live concert stage, no less, has sent waves of excitement all over. One of their most highly anticipated stops is their show at the legendary Radio City Music Hall on Friday 26th June 2020. Radio City will rock and rumble as goth and gloom will rule in the hands of Bauhaus. Click that 'buy tickets' link right here, right now! 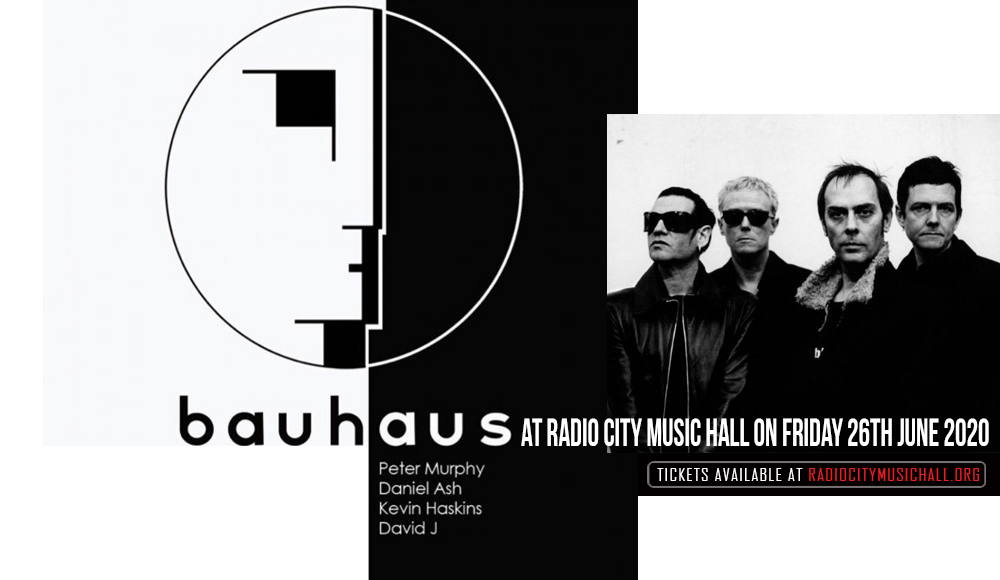 Bauhaus is an inspired movement in the arts, creativity, and this band also made sure that music is part of the picture. Named after the German art school, Bauhaus also made their band name synonymous to goth rock, dub, glam rock, psychedelia and funk. Bauhaus were blazed new trails for this rock movement which spawned darkwave and deathrock that paved the way for artists like Marilyn Manson and Nine Inch Nails.

Bauhaus had broken up in 1983, but with a few get together gigs afterwards, which preceded their 20th anniversary tour in 1998. In 2005, they were seen together again for a performance at the Coachella stage. They were last seen as a band in 2008, up until now, 2020.

Are you still at your game roaring and singing-along to their biggest hits "Bela Lugosi's Dead," "Kick in the Eye," and "She's in Parties"? Prove it! Book your tickets now!