Are you ready to start your engines and see the best drag queens in person this summer? Well, this is your chance to see the finalist of the 14th Season of Rupaul's Drag Race and several alumnae this Thursday, July 28, 2022, at the Radio City Music Hall, New York. Join Gottmik, Jaida Essence Hall, Naomi Smalls, Violet Chachki and many others in a night of artistic drag that would send audiences spiraling through time with no way of returning to the present. Watch the queens journey through iconic periods of history in hopes of finding their way back to 2022 in a series of fabulous costume changes, flamboyant performances and show-stopping production numbers that will surely satisfy your heart's "drag-ish desires"! This is going to be one fabulous show, so don't you dare miss it! Show your support to our queens by securing your tickets as early as today! 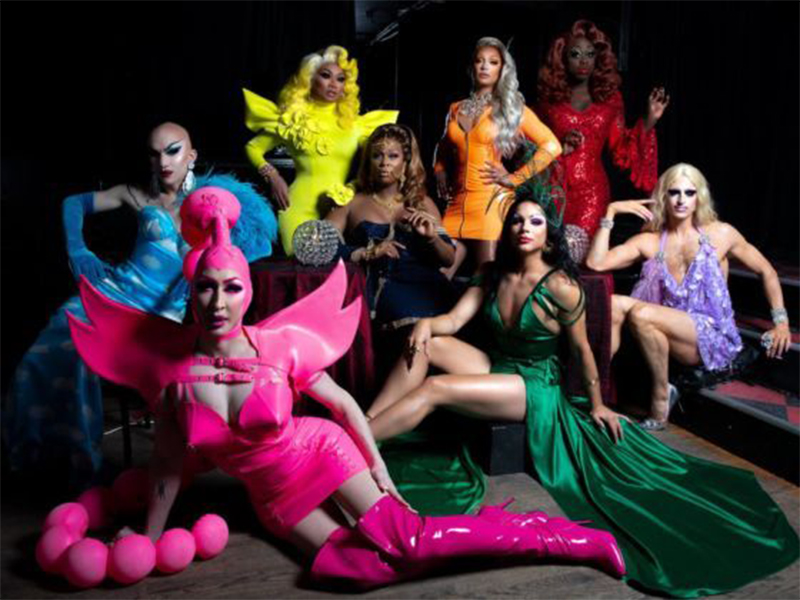 With the undeniable success of its world tour last 2019, the Official RuPaul's Drag Race World Tour returns with an all-new production for 2022! Fans of the famous reality show are now in for another treat, as a new set of drag queens will be touring major cities in Europe and North America starting early this spring.

"An experiment gone wrong has sent the audience spiralling through time with no way of returning to the present." This is the theme of this year's tour that is set to feature all finalists from the 14th Season and be headlined by RuPaul Drag Race's alumnae Kameron Michaels, Rose, Vanessa Vanjie, Yvie Oddly.

Initially scheduled in 2021, this tour has been cancelled due to pandemic restrictions. Now, fans can expect it to finally be pushed through, as the world needs to see what the queens have been preparing under their sleeves all this time. With the theatrical theme of journeying through iconic periods of history and finding their way back to 2022, we couldn't wait to see how fabulous the production would turn out. After all, we have seen how fantastic the previous productions were so we can't contain our excitement! We can only wait and hope that spring will be here anytime soon. But for now, secure your tickets first and grab the best seat in Radio City Music Hall because you want to have the best view of our queens as they parade on WERQ THE WORLD stage! See you there!