If you're a fan of the very best in Comedy then there's no doubt you've been following the incredible Jo Koy as he has become widely known across the nation for his TV appearances and of course his hit live stand up performances! Due to the major success of his 'Just Kidding' worldwide dates, 2021 brings an extended tour to even more venues and fans can grab the chance once again to see Jo Koy LIVE! As he comes to Radio City Music Hall on Friday 8th October 2021 – book your seats for a hilarious night of entertainment! 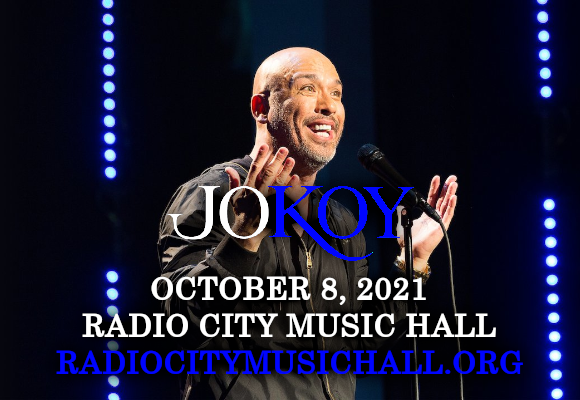 He'll make you laugh, he'll make you cry with his infectious laughter, Jo Koy oozes natural humour and positivity and the crowds that attend his shows are uplifted and left wanting more! As he has announced that he will be expanding his Just Kidding World Tour, fans are delighted as it gives them yet another opportunity to be a part of his successful stand up shows.

The intense demand for Jo Koy's latest performance as he takes to the stage fresh off his highly anticipated Netflix special, Comin' In Hot, streaming worldwide NOW on Netflix. The amazing comedian has had to ensure that he creates more dates to showcase his brand new and latest material to his ever-growing fan base.

2021 brings Jo Koy's hilarious jokes and comedic stories to a venue near you this coming Spring – don't forget to book your tickets as this hot to touch comedian is more popular than ever and his extended dates tickets are like gold dust! Join the excitement and secure a seat for you and your friends and family for a night you won't soon forget!